Run before you walk

November 01, 2010
This morning when I woke I knew it was going to be a Good day! I knew because I had slept well and my mind was spinning with Ideas from the moment I woke. Alas!!! Hadassah (sleeping soundly in my arms) decided that she needed to get up WITH me!!! Oh well, I was not daunted, I hobbled through my morning routine(missing my prayer/devotion time) with a sleepy baby on my hip. Got the Laundry started, and breakfast on the table, all the while with Hadassah riding on my hip. Each time I tried to put her down she would do this funny little temper tantrum where she would sit down. lean forward, and put her head on the floor and WAIL!!! At first I thought it was kinda cute but when she continued to do it even after a good breakfast and a 90 minute nap, I started to think about what could be the problem, Yes, It could be teething... But here is what I decided after figuring out that the only time she didn't fuss was when I was holding her hand and she was RUNNING around the house! You see,sunday night while the whole Family was lounging around the living room being entertained by the baby, she decided it was a good time to show off her new walking skills! So while we all cheered her on with clapping and hooting she proudly walked back and forth, back and forth across the living room. even after her sibling were in bed she kept walking. So this morning she tried it a few times but plopped down on her behind because she was trying to run!! This was a big disappointment to her! Therefore I came to the conclusion that her grumpiness was caused by FRUSTRATION at not being able to walk more that 8-9 steps without having to get back up again! She really wants to RUN! So what did My productive day produce?

2 New colors of soft sole shoes to add to the collection!! 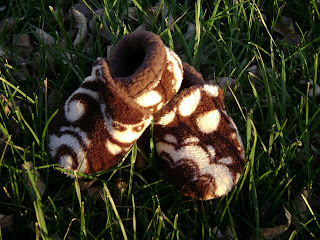 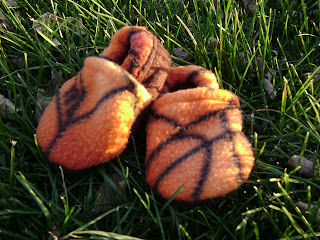 Basket Ball
So I did get to sew a bit, but mostly my time was spent with one finger in the grip of a tiny toddler as she tries her best to keep up with her Big brother.

Popular posts from this blog

How to Make Fleece fitted Sheets 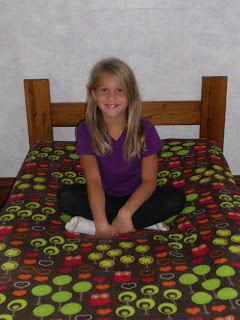 Staci and her Owl n lolipop tree fleece that she chose.


When Daddy calls home from work and says he'll be an hour late my heart sinks.
But then I realize that Dinner is ready and waiting, The house is cleaned up for Daddy's arrival, and the kids are busy playing. This means Quality crafting time!!  And I have A pile of fleece just waiting for me to dive into!!

Here's how to make your own fleece bed sheet:
Wash and dry your fleece on normal cycle to pre shrink it.
You will need: (For a single bed) 2.5yds of 55in wide fabric (I used Blizzard Fleece) Jo-Anns Fabric 2 yds of 1/4 inch elastic matching thread The tricky part about full and queen sheets is that no one wants a seam right down the middle of their bed.. so we will put the seams at the side of the mattress using a full piece with no seam over the TOP of the mattress.
For a full Bed: 4 yds fleece. 2 2/3yds of 1/4 inch elastic matching thread Cut 95 inches of your fleece. (this will be the center of your sheet with n…
Read more

How To Make Leg Warmers 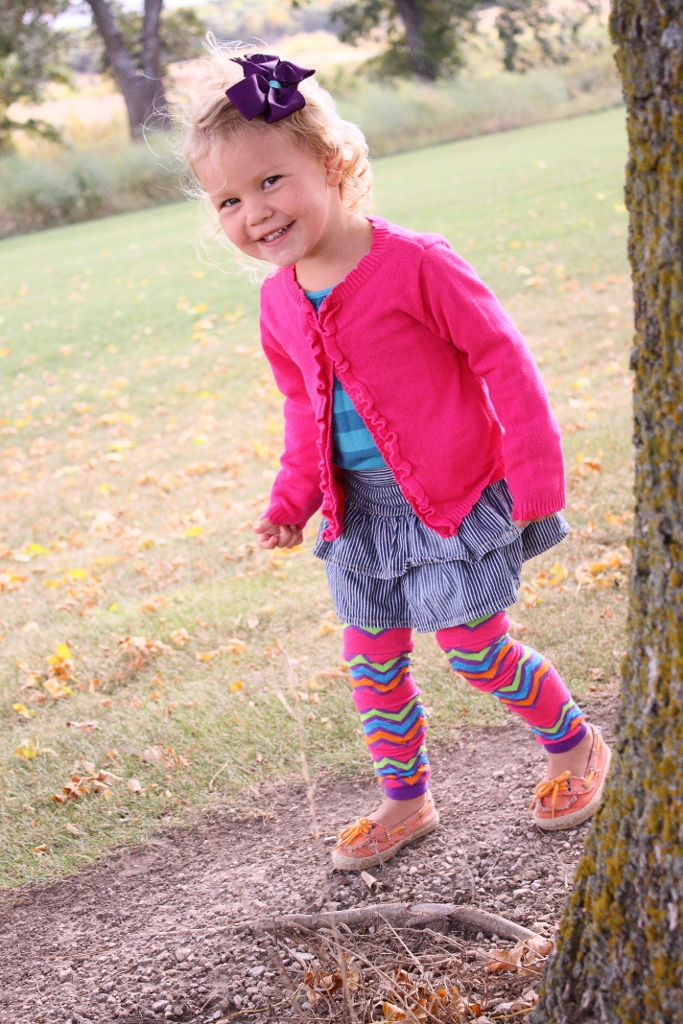 Fall is here, Well, here in Iowa anyway, Some of you I am sure are still enjoying warm,summer-like days!  But here in Iowa the leaves are orange, yellow, red and every shade in between! The air is crisp and clean and turns toddler cheeks rosy! And Mamas every where are digging through totes of clothing to find that extra layer of toddler clothes, those items help turn favorite summer outfits into the perfect Fall wardrobes! Cardigans, hats, AND my personal favorite................. Legwarmers!!!!  They are a perfect after thought to any outfit! Perfect for potty trainees, And so easy to take off later in the day when Mr.sun  finally gets the air warmed up! Not to mention that they make for great pictures!! AND you can make your own legwarmers for your baby or toddler!! To make toddler leg warmers, Start with women's knee socks. To make infant leg warmers, start with girls knee socks I found these women's knee socks at my local Joann's Fabric, (and I didn't stop with 1 pair!!!!) C…
Read more 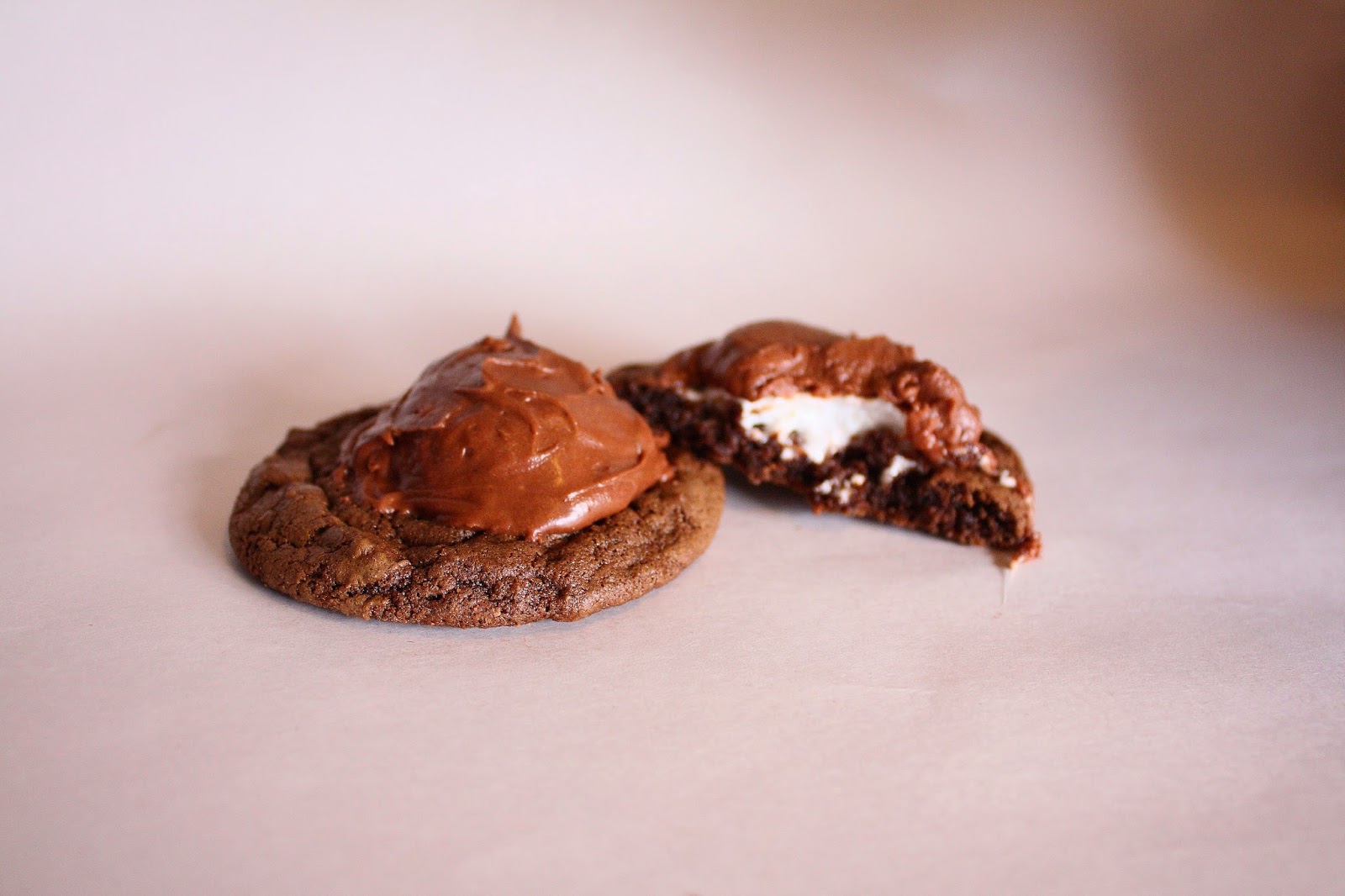 These are cookies from my childhood!!! Mom always made them at Christmas time and this Christmas I planned on making some for my family! well it finally happened this week!! Made a double batch and they lasted 2 whole days!!!  Yes they are THAT good!!!! Soft chocolate cookie with marshmallow and chocolate frosting to top it all off!!! Amish Hat cookies: 1 cup softened butter 1 1/2 cup white sugar 2 eggs 2 tsp vanilla 1/2 tsp salt 3/4 tsp Baking Soda 2/3 cup baking cocoa 2 cups flour 25-30 large marshmallows halves Cream butter, sugar and eggs, add Vanilla Baking soda and salt and then flour dip unto cookie sheet and bake at 350 degrees until center of cookie spring back slightly when touched. remove cookies and add a marshmallow half to each cookie and return to oven for another minute. cool cookies and then frost with your favorite chocolate frosting!!
Enjoy!!!!!!!!!!!!!!!!!